If you ask me? Memories and discoveries are made while travelling to new places and going on road trips!

Luckily I got a chance to experience both, YES! Last week i.e 22/10/2016 to 23/10/2016 I got a chance to witness and experience the #HexaExperience with the all new yet to be launched Tata Motors flagship Hexa, thanks to good folks at indiblogger.in for organizing the event in association with Tata Motors and shortlisting 60 bloggers from across India to experience the ultimate drive of Tata Hexa at Hyderabad – the city of Nizams and Pearls, accommodation was at the Novotel Hotel – Hyderabad, near the airport.

The Mumbai bloggers reached the hotel at around 3.00pm, we were pleasantly greeted by Team Indiblogger and the Novotel Hotel Reception staff. After the warm welcome, we were guided to our hotel rooms and blogger registrations. After that we headed towards lunch at the Novotel’s Square restaurant – lavish and exquisite cuisine on the menu. We gathered again at around 6.30pm for a briefing at the Novotel Hotel ballroom from Tata Motors engineering, design and marketing team, followed by Q & A session. 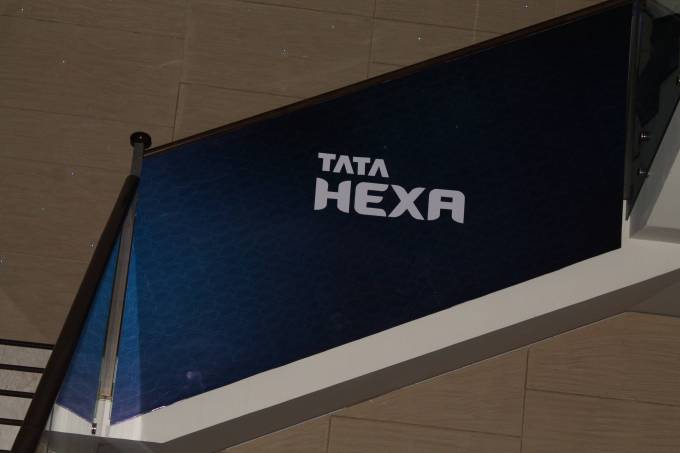 The first to take the center stage and greet us was Nihal from team Indiblogger, after that Mr. Ashish Sahni took over and spoke about the Tata Hexa and shared some brief information about the car apart from welcoming us on behalf of Tata Motors. Next to come up was Mr. Vivek Srivatsa, Head-Marketing for Tata Motors Passenger Vehicles, who aptly described the concept for developing a new breed of MUV, the thought process and the challenges of understanding the customers need by evaluating the analytical data gathered.

Highlight of the presentation was discussion on design, driving characteristics, comfort, size and Safety & Technology apart from categorizing the Tata Hexa into multiple categories such as Power packed – that is the engine under the hood, feature loaded – that is the interior and car’s function with multi driving modes and off road capabilities and Adrenaline pumping – the driving experience.

Next was Mr. Richard Winsor – Chief Designer Exteriors at TATA Motors who gave a brief background about the design of the car, exterior and interiors, the challenges they faced while designing MUV for Indian roads while keeping it upbeat in looks and comfort. Richard described about the 2 categories which he stated as Impact design, the EX’s which were EXCITING, EXPRESSIVE and EXTRAORDINARY and the IN’s which were INVITING, INTELLIGENT and INTOUCH. I was impressed when Mr. Richard spoke about the car’s seat design, which was given special attention by adding some amazing dimension to the overall look and feel, which was premium in all aspects.

Cocktail and dinner was waiting for us. As we headed towards the lawn of the Novotel Hotel we were surprised to see some additions, such as punching bags. Cocktails were theme based-Power packed, feature loaded and adrenaline pumping. Apart from that there were couple of caricature artists, but however the show stopper of the evening was Mr. Biswa, the Youtuber and stand-up comedian who is admired for his sarcastic and witty cracks on daily life situations and happenings, it was a pleasant surprise. Apart from all – a fantastic dinner and a great networking session with bloggers, a lot of new faces besides the familiar ones.

Next day was an early wakeup call of 5.00am for breakfast, it was a bright and beautiful Sunday morning to go for a long drive. After breakfast, we were given a briefing about how to use the different functions of the car to maximum effects for both Manual and Automatic transmission cars.

There were 20 cars and 60 bloggers, so 20 teams of 3 bloggers each were designated the night before. Every car was accompanied by a person from the Tata Motors staff, so that they could tell about the features and help in providing information needed while driving and understanding the car’s DNA. It was roughly a 170 kms drive overall. I was accompanied by Tanmay Pangam and Priya Shiva, both being an amazing company, we had a gala time while driving and cruising throughout the journey along with some halts at scenic locations. 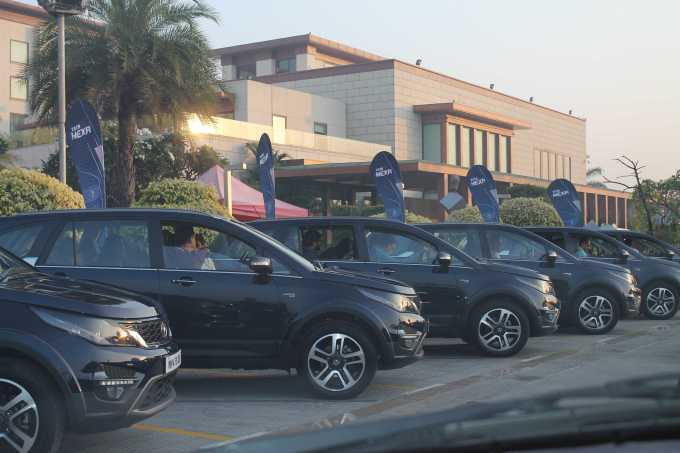 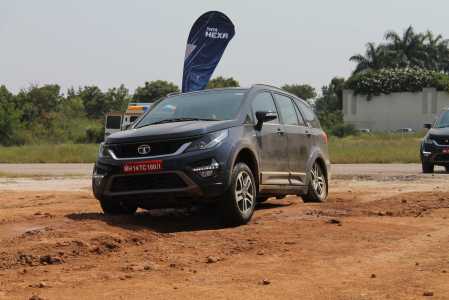 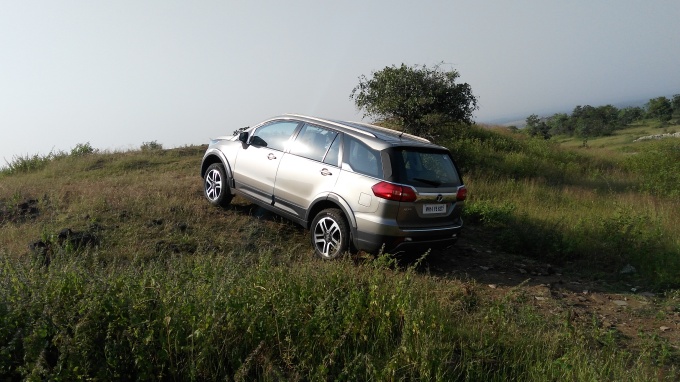 Though the price point of the Tata Hexa is still a mystery and it shall be revealed at the time of Launch, however the speculation in the auto world are eyeing at a competitive price of around the range of 15 to 20 Lakhs, is it worth it? A thumping yes after driving the car and understanding the true potential of features and the striking looks, I would invest in it for the off road as well as long drive getaways. Tata Motors have worked extensively on the exteriors, interiors and the engineering to pull off a stunner MUV – and it has impressed everyone who has driven this beast!

Life never plays fair with anyone,
life is lived with many twist and turns,
life says come try me with all you have got,
life teaches lessons like no education …

No, Life is a beautiful glory of nature,
So, respect it and do justice to it forever,
There may be many ups and downs in our life,
But don’t forget, life is lived with those moments,
Which makes life living worthwhile ..

Why am i writing these lines for you,
does this feel like you are in it or lost in its deep blue?
No, you are where you are suppose to be
Scrolling the bar with ease and bliss

Nothing affects us till we plunge to experience it,
Not even seeing, hearing or advises touch us,
The way we experience life is so different …
So, why are you wasting your time sitting, doing nothing!

Go, live your life with what you believe in,
See the life you always wanted to see,
Hear those words of advises and make your life better,
Experience all of it and enjoy every bit,
Because, life is short and you have
A LOT TO DISCOVER to LIVE LIFE FREE !!!

Recalling the school days back then,
I use to mumble the jingles at year end
the excited me was happy and contained
as i knew, New Year shall bring me
happiness, presents and other gains

I am on my way to find you,
Yes, you always brings a smile
on my face, when i think of you
Oh, memories, how fond i am of you

People, come together and chant along
to the melodies they admire and love
priceless times are spend together
as families bond and enjoy the glory, once more!

On that note, wishing all my readers,  friends and fellow bloggers celebrated holidays ahead and Happy New Year. Warm wishes and delightful year ahead 🙂

My perspective is limited to
The world I am living in
I want to discover this world,
The world I want to live in

Who will let me free from this prison?
Who will set  me up from this horizon?
I wish I had wings to fly
So that I wouldn’t need any help to glide

They say there are many world that exist
I want to discover them all, if it was in clinch,
How I want to live those lives
Truly yet partially understand their life

It sounds like a fairy tale story
But, thoughts have the power to fulfil
Thou, there might be road blocks on the way
Still, the road is wide open if you break free

I have a list of 308 people in my whatsapp list.
Out of those 308, i asked around 188 people in a span of 11 days that “are you crazy”
Surprise to see this question popping up in their watsapp everyone replied , or was it almost everyone … umm anyways

Here are the list of top four answers i got !

Why don’t you all try:

Yes, this is a fun experiment, why not try it:

1) Its can be a conversation starter

3) Lets you know how sensitive they are !