How would you imagine yourself, being in a situation where you could not hear anything? It brings jitters hearing this, isn’t it? Expressing yourself would be so difficult, the pain, the anguish, the excitement, the happiness and entire that bagful of emotions.

Brett Lee, the legendary Australian fast bowler is associated with Cochlear™ for their awareness program on profound hear loss and its detection and intervention to cure it and is their Global Hearing Ambassador. 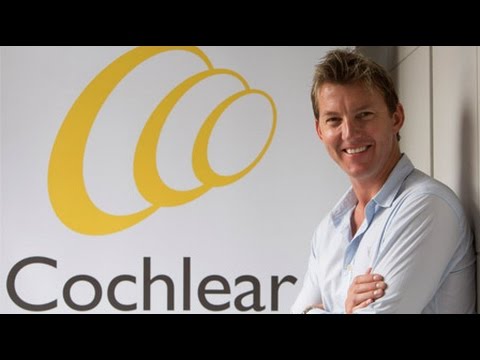 Life without having the ability to hear may be quite a challenge, especially for children, irritation and a level of low confidence emerge, apart from that parents are always apprehensive about how their child will grow up, will they be socially accepted, whether they will have friends or not, getting admission in proper school can be a challenge of sorts.

For children especially, early detection and intervention by parents is quite necessary so that years are not wasted of the child and the implant can be fixed for profound hear loss and adaptation of the same can be learned by the child in their early stages of life.

There are many cases of profound hearing loss in children in India , those who have gotten a  Cochlear™ Implant have shared their life experiences stating that, they are happy with the implants which are quite responsive to sound, very light weight ,stable and doesn’t make them feel they are wearing an external device, the sound processor.

If I talk about their recent most advanced processor, the Cochlear ™ Nucleus® 6: I would like to start with how normal hearing works: 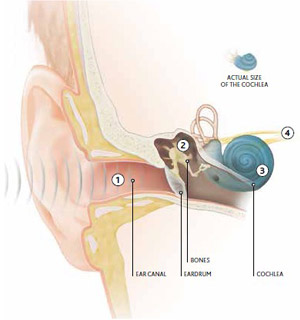 Hearing with a cochlear implant 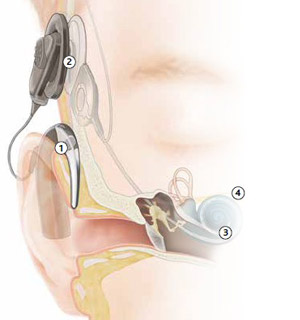 Trivia, as per the Indian census of 2002 of hearing disability, 63 Million people, that’s around (6.3%) of the Indian population suffers from significant loss of hearing, out of which 32% have profound hearing loss (in which a person can’t hear anything). Also, it is the 2nd most common cause of disability in India, that’s an alarming figure and needs intervention as early as a child’s birth.

Although it is ignored even in a well populated country like India, but hearing tests for newborns are mandatory in countries like America, Australia, England and other western countries. If not made mandatory in India, we should at least spread the word about it the best we can.